Meanwhile we audited another popular 2FA provider and found a High-severity format injection in Authy API. In fact the root of the problem was default Sinatra dependency “rack-protection”! I responsibly disclosed this vulnerability to Authy on February 8 and worked with them to fix the issue that same day.

There are two API calls:

Authy-node does not encode token from user params

There was a blatant bug in authy-node (not an official library, btw another popular node library wasn’t vulnerable) - “token” supplied by the user was not URL encoded at all: this._request("get", "/protected/json/verify/" + token + "/" + id, {}, callback, qs);

It’s impossible to distinguish forged request from a valid one on the server side because #/AUTHY_ID is not sent.

Then I noticed Python’s urllib.quote doesn’t escape slashes. Indeed, for some reason it escapes everything but slashes and it’s a documented feature - urllib.quote("#?&=/") returns %23%3F%26%3D/. Which means our “../sms” will not be encoded (/../ means “go one directory up”).

It introduces path traversal making attacker’s job much easier - you only need to type ../sms to turn /verify API call into /sms (/verify/../sms/authy_id) which will always return 200 status and will bypass 2FA.

No, wait. Everyone is vulnerable!

Few hours later I realized what made path traversal work: I recently read Daniel’s interview on Authy and recalled it runs Sinatra, which uses rack-protection by default.

It turns out even URL encoding was futile - path_traversal module in rack-protection was decoding %2f back to slashes! This literally affects every API running Sinatra and reading parameters from the path. This is also a great example how libraries or features that aim to add security actually introduce security vulnerabilities (see also CSP for evil and XSS auditor for evil) 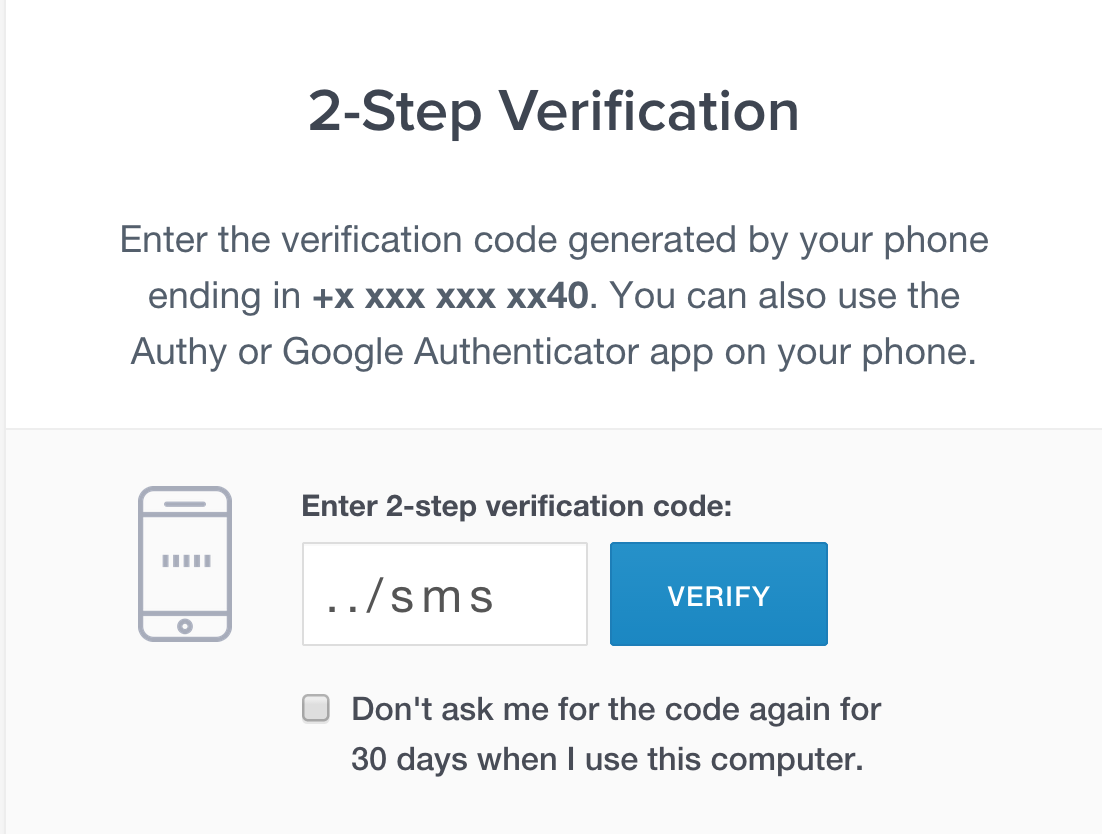 Yes, the attacker was able to bypass 2 factor authentication on any website using Authy with something as simple as ../sms in the token field!

Timeline: reported on Feb 8, the path_traversal module was patched right away and we waited for a month to let authy-node users to update.